Implementation of the Atlantic Reefmaker structure was completed in January 2017. The goals associated with Atlantic Reefmaker installation were 1) to provide Submerged Aquatic Vegetation (SAV) mitigation for Bonner Bridge replacement and 2) to contribute to the long-term effort to develop the best strategy and methodology for SAV restoration in North Carolina. The objective of this mitigation project was to reduce the amount of wave energy within the project site. By reducing the wave energy for the area, models estimated that there would be a more continuous cover of SAV (specifically for the seagrasses Halodule wrightii and Zostera marina to expand), thereby leading to an increase in seagrass acreage while providing other ecosystem services. These services included water quality improvement, aquatic habitat creation, reduced sediment movement, and plant community establishment. The wave break proposed in this mitigation plan also created new linkages between intertidal and aquatic environments.

The Atlantic Reefmaker structure used for Bonner Bridge SAV Mitigation has remained stable and sustained no damage from several storm events which struck the project since its completion in January 2017. Hurricanes Hurricane Maria and Irma that struck off the NC coast that influenced the area of the structure. In 2018, there were several storms that directly affected the structure. These include: 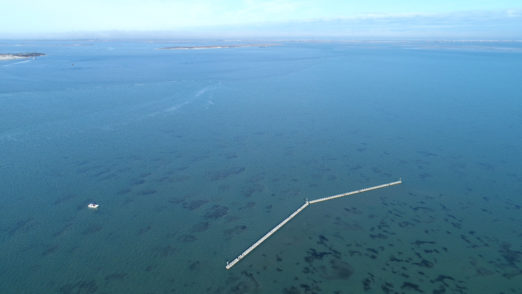 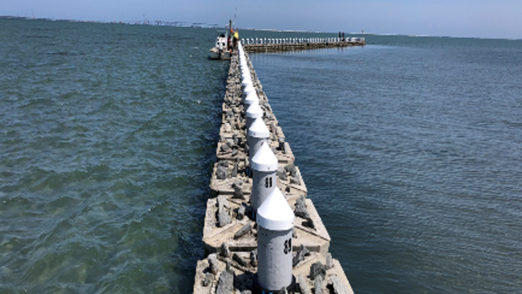 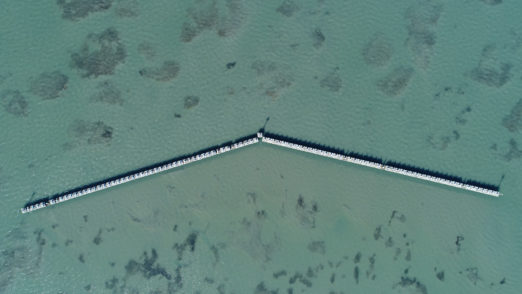 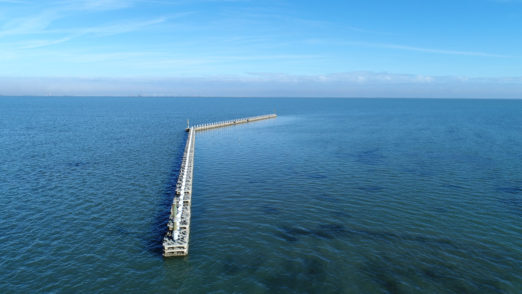